State Research Control Institute of veterinary medicinal products and feed additives (SCIVP) celebrated the 40th anniversary of its foundation in October 2015. Since the establishment, strategic direction for Institute’s development was the training of scientific personnel in accordance profile, that would professionally perform functions delegated by the State. The Institute is a leading coordinating scientific and control institution of Ukraine on conducting scientific research for the development of regulatory and technical documents, control methods and state supervision of quality and safety of products, used in veterinary medicine and animal husbandry, expertise, testing, standardization, certification and registration domestic and import veterinary medicinal products, feed additives, premixes. 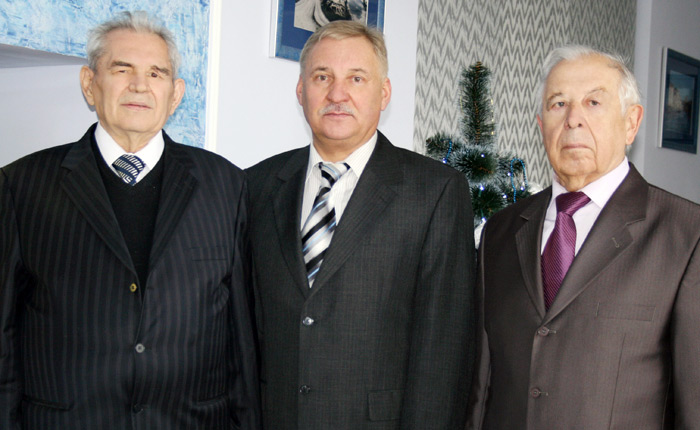 In the further development and establishment of WU ZSCL, and later of the Institute, the crucial role played P.P. Dostoevsky, who at the time headed the General Directorate of Veterinary with StateVetinspection of the Ministry of Agriculture of Ukraine.

From January, 1 1989 on the base of the laboratory was created Ukrainian branch of USSCI of veterinary preparations as an independent juridical institution with full economic accountability and self-financing. This opens prospects for the development and extension for the scientific-research and state control work, solving personnel and financial issues, creation a powerful scientific and research veterinary medicine institution in Lviv.

In December 1991 Ukrainian branch of USSCI of veterinary preparations has been reorganized in State Scientific-Research Control Institute of Veterinary Medicinal Products and Feed Additives. The main directions of scientific, research, organizational and state control work were identified during this period, the focus was made on the preparing of the modern generation of Ukrainian scientists, which research were competitive to the achievements of foreign veterinary medicine.

Kotsuimbas Іhor Yaroslovovych – Doctor of Veterinary Sciences, professor, academic of NAAS of Ukraine, “Honored Man of Science and Technics of Ukraine” was appointed as the director of the Institute since March 2004. He is known scientist in Ukraine and abroad, who made a significant contributions to the theory and practice of veterinary pharmacology and toxicology.

Today works in the Institute 46% of scientists with scientific degrees, of which are 40 Candidates (PhD) and 9 Doctors of Sciences, academic NAAS of Ukraine, Honored Man of Science and Technics of Ukraine, Honored Man of Agriculture of Ukraine. Annually Institute co-workers improve their scientific level, defend 5-6 thesises. Institute co-workers improved their skills in control Institutes of Czech Republic, Poland, Germany, Russia, Belgium, Belarus, Italy and so on.

Institute performs Research project on the request of Ministry of Agrarian Policy and Food of Ukraine. Harmonization of national legislation of Ukraine with EU is one of the directions of this subject, in the determination of legal, organizational and economic principles in production, export, import, use and placing on the market of feed, feed additives, premixes and ensure their quality and safety. On these issues the Institute is the organizer of development The Law of Ukraine «On Feed», which was discussed in profile committees of the Verkhovna Rada of Ukraine. This draft of Law is harmonized with the EU legislation, in particular with the Regulations (EU) 183/2005, 767/2009, 1831/2003.

According to the state requirement were developed Regulations to bring into line with the current legislation of Ukraine and international standards coordination mechanisms of specifications on products for veterinary medicine and amendments to them taking into account the rules of state registration “The order of prohibition (suspension) and withdrawal from circulation veterinary medicinal products, feed additives on the territory of Ukraine”.